Can I overcome jury bias in my motorcycle personal injury case?

When motorcyclists are involved in an accident that was not their fault, they often face a bigger challenge than proving the other driver was at fault. There’s a bias against people who ride motorcycles, and even if the other driver was negligent, many people will blame the motorcyclist for the crash. Insurance companies, accident witnesses, and the police will sometimes stereotype bikers by assuming they are irresponsible and reckless on the road. This bias can negatively impact a personal injury claim and your ability to obtain fair compensation. 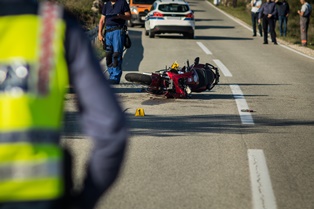 If you were hurt in a Missouri motorcycle accident that was not your fault, you do not have to let unfair stereotypes jeopardize your claim. There are ways you can minimize jury bias and get the recovery you deserve.

The law is supposed to be impartial; however, a prejudice known as “biker bias” can keep you from receiving fair compensation for your motorcycle accident. Biker bias supports the idea that most motorcycle crashes are the fault of the motorcyclist because they are reckless riders and disobey the rules of the rode. Additionally, this bias perpetuates the idea that motorcycles are dangerous by nature because they’re difficult for other drivers to see.

Free Offer! How to Avoid Mistakes That Will Destroy Your Motorcycle Accident Case. Click Here.

However, statistics show that none of this is true. Most often, a motorcycle crash is caused by the other driver’s negligence—whether they violate the motorcycle’s right-of-way or make a dangerous lane change. In accidents involving multiple vehicles, over 60% are caused by another driver violating the cyclist’s right of way.

How Prejudice Can Affect Your Case

If you are trying to settle a motorcycle claim, you will have to show that the other driver was at fault. Even if you have evidence supporting your case, an adjuster or jury’s prejudice against bikers can affect the outcome:

When you do not take any steps to eliminate prejudice in your case, you risk losing money you need to pay for:

Even if the insurer does offer a settlement, it’s usually far less than what you could get when you have legal representation.

How an Attorney Can Help Reduce Bias

If you’re hurt in a Missouri motorcycle accident, you should contact an experienced personal injury attorney as soon as possible.

Beck & Beck Attorneys is the only law firm in the state of Missouri that exclusively handles vehicle accidents. We know the unique hurdles bikers face in trying to resolve claims and are dedicated to ensuring you get justice for your injuries. We can and will launch an intensive investigation into the circumstances of your crash, gathering and analyzing all available evidence to show that you are a responsible rider who should not be held liable for another person’s mistakes.

Have You Been Injured In A Missouri Motorcycle Accident?

If you've been injured in a Missouri motorcycle accident you should speak with an experienced motorcycle accident lawyer as soon as possible. Please feel free to contact us online or call our office directly at 314.200.1229 to schedule a free consultation. We help car accident victims throughout the state of Missouri including Columbia, Springfield, Kansas City, St. Louis, Kirksville and Cape Girardeau.

Free Offer: How to Avoid Mistakes That Will Destroy Your Motorcycle Accident CaseRequest Information